What can Nonprofits Learn from the #StrikeoutALS #Icebucketchallenge?

Around July 28th, I noticed a bunch of my college friends from the east coast were posting videos on Facebook pouring ice water over their heads. I know Boston can be sort of nutty but it was all over the place. Everyday two or three more friends would post their video. It was all in the name of ALS. The challenge is simple. If you get nominated by a friend you have 24 hours to either a. Film yourself pouring a bucket of ice water over your head or b. Donate to ALS. The ALS Association reports that ice bucket challenge has resulted in over $4 million in donations between July 29th and August 12th.

A good friend’s dad recently passed away from ALS (aka Lou Gehrig’s Disease). It is a horrible way to pass and cripples more than 5,000 Americans each year with no cure in sight. The #Icebucketchallenge has reached a critical mass. The list of partipcants now include Justin Timberlake, Martha Stewart, half the NHL and the New England Patriots. Even President Obama has been challenged! 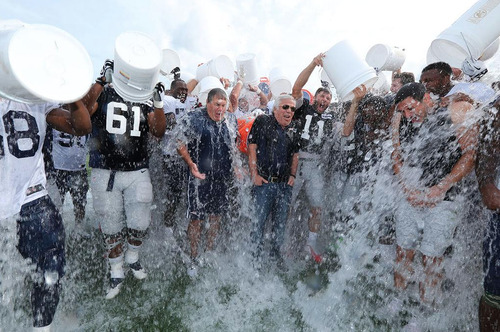 The effect this disease has had on people is an obvious testament to the overwhelming enthusiasm and participation of #StikeoutALS. That said this is a prime example of a “campaign” going viral. Even though it is too early to tell how successful it will become there are a few key learnings we can initially point out. Nonprofits should take note and try to apply them to their own strategies.

Social media companies are always figuring out how to increase engagement and filter our the noise. For example, Facebook continually refines its EdgeRank which is the algorithm for determining what displays on your news feed. The #StrikeoutALS #Icebucketchallenge has various viral attributes that makes the campaign spread far and wide! 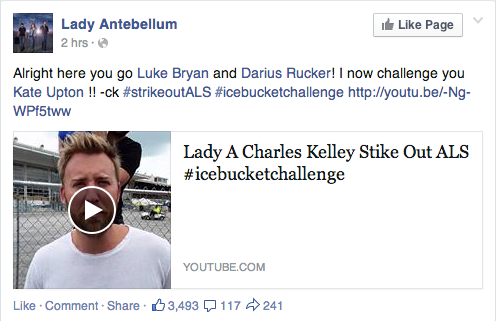 Let’s break them down:

a. Video: Key component and not just any video but a personal, funny, in-the-moment video. A video inherently means it can also be shared on Instagram, Vine and Twitter.

b. Tagging people: When you challenge another friend, you tag them in the post. The minimum nominations are usually three so right off the bat your video gets three times the exposure.

c. Hashtags: The two main ones being shared #StrikeoutALS and #Icebucketchallenge. By some accounts, #StrikeoutALS has over 7 million impressions over the last 3 days. (via Keyhole.co) Hashtags not only provide branding but tracking and easy searching of the campaign.

c. Facebook timeline: Depending on your security permissions, the video your friend just tagged you in might autopost to your timeline.

d. Facebook engagement: The more likes and comments the higher that post gets ranked. Now you’ll start to see FRIENDS of friends post in your news feed!

a. Season: Late July to early August can be some of the hottest days in America. They consist of BBQs, block parties, picnics and people out enjoying the weather. What could be more fun than pouring a cold bucket of water over your head when it is 95 degrees out!

b. 24 hours: The challenge proposes a sense of urgency: You have ONE day to donate or get wet.

I usually dislike referencing celebrity influence as a specific tactic nonprofits should adopt. It is just not a feasible strategy for the majority of organizations. However you cannot ignore the fact role influencers play is the success of campaign. By most accounts the #StrikeoutALS #Icebucketchallegne was started by Pete Frates, a former captain of Boston College baseball team, who was diagnosed with ALS in March 2012. He was 27 when he found out he had ALS. Pete has been active in spreading awareness of his disease with people and athletes. He is the node of this cluster.

The fourth and final reason why we believe this campaign trending is the very nature of the ice bucket challenge. Kevin Allocca of Youtube has a great TED Talk: “Why videos go viral”. Along with the first two reasons, Tastemakers and Participation, “Unepxectedness” rounds out his reasons for why videos specifically go viral. The surprise and entertainment we all received when we see our friends (or Ethel Kennedy) pouring ice cold water over their heads has contributed to willingness to share and be a part of the movement.

Aside from these four factors, no one can discount the amazing cause this is all in the name of. Raising awareness and money for a tragic disease that has taken so many friends and family away is the ultimate reason why this is important. I just hope this campaign can get us one step closer to finding a cure for ALS. 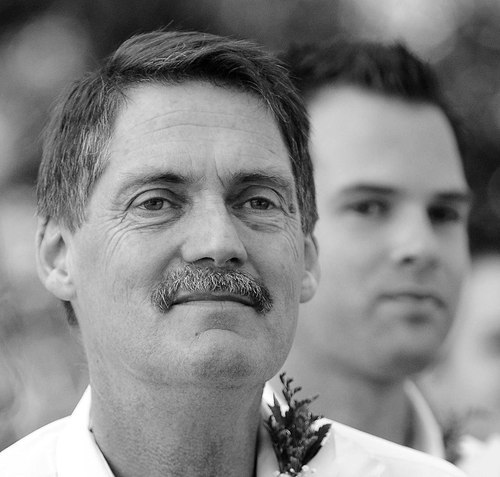